Yes yes I know...it's a bit early.
But Noelle's grandma is ready and has been showing her
the wonders (ick...) of toilet sitting.

I remember the first time I tried putting Noelle on the toilet,
she was terrified.
She'd shown high interests on the toilet itself (boy I never imagine I'd write about it and post it all over the internet...man motherhood is scary..)
and wanted to do what I do on it.
However, as soon as I put her on it,
she screamed and twisted as if the toilet was the monster
trying to bite her butt...

Therefore, I went out a few nights ago
and got her a little 3-in-1 potty training, thing. 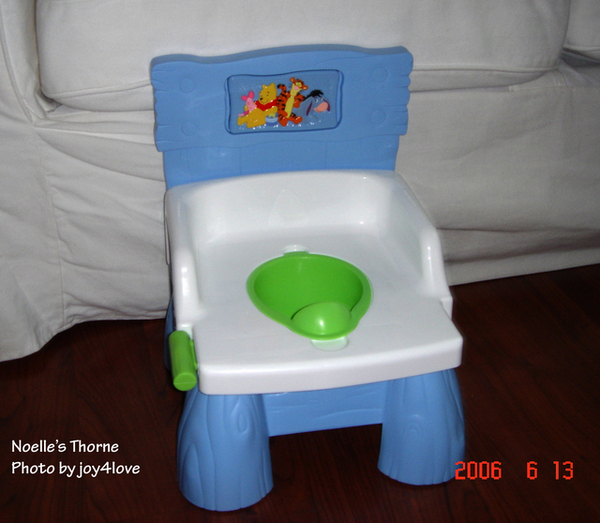 Look at this fancy thing!

She was actually happy to see the thing.
Thought it was fun.
Most fun has to be taking off the green "cup" in the middle and throw it around....
The green bar on the left you see actually makes noises such as,
"Good job! *flush sound", or
"All done! *flush sound" and Noelle's been having fun with it as well.

But...the bigger question is, "will she sit on it?"
Though I was worried, she had no problem sitting on this "toy". 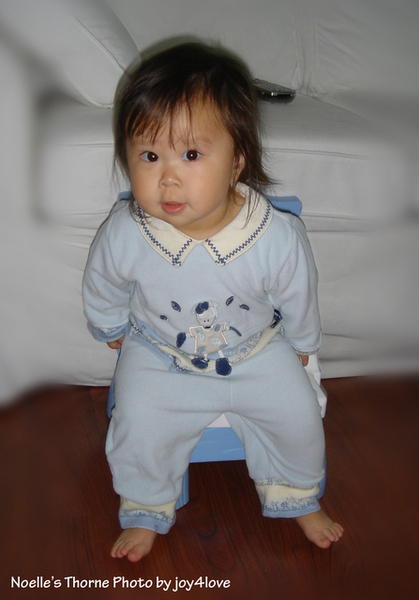 Actually feels quite comfortable on it Mama.

But, let's just say that this potty training, thing, hasn't "received" anything yet...

I can see this could take a while~~