Ok it's been a great long while since I post in English, but I feel the urge to post this regardless.

I received an updated email from Ron Prentice, the Chairman of ProtectMarriage.com today and read this couragous story:

"...Last night during the Miss USA contest, one of the contest judges, gay gossip blogger Perez Hilton, asked Miss California Carrie Prejean that since Vermont has now legalized gay marriage shouldn’t every state follow suit? Ms. Prejean had the courage to express her views and said, “Well, I think it’s great that Americans are able to choose one or the other. We live in a land where you can choose same-sex marriage or opposite marriage. And you know what, in my country, in my family, I think that I believe that a marriage should be between a man and a woman. No offense to anybody out there, but that’s how I was raised and that’s how I think it should be between a man and a woman. Thank you very much.”

Ms. Prejean’s comments were cheered by the crowd, but a smattering of jeers could be heard in the background by a few who were incensed at her answer. According to FoxNEWS.com, arguments broke out in the lobby of the theater, with one gay man shouting, "I think it's ridiculous that she got first runner-up. That is not the value of 95 percent of the people in this audience. Look around this audience and tell me how many gay men there are."  Is there an unwritten rule that Miss USA contestants must hold values in agreement with homosexual activists?

For his own part, Hilton immediately cut a video blog where he ripped Ms. Prejean, calling her a “stupid b***h” and referring to her in language so vile that it can’t even be hinted at by its first letter.

Ms. Prejean was named runner-up in the contest and today there was considerable discussion in the blogosphere about whether her answer might have cost her the title. Prejean told FoxNEWS.com that she had “no regrets” and was happy with the answer she gave. 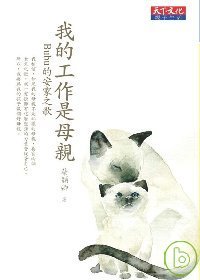 As you might know,
the head of a company survived 9/11 because his son started kindergarten.
Another fellow was alive because it was his turn to bring donuts.
One woman was late because her alarm clock didn't go off in time.
One was late because of being stuck on the NJ Turnpike because of an auto accident.
One of them missed his bus.

One of my good friends, Judy’s house is up for sale now.
Her family has lived in that house for the past eight years,
and have experience lots in that house.