瀏覽方式： 標題列表 簡短摘要
This weekend was our 6th year anniversary
and hubby and I had planned to let
my aunt Opal and uncle Tim to babysit Noelle.

Before we let them take her,
I was hoping to drain her out
(繼續閱讀...)

We go to the State Fair every single year.
It's really great family fun and
some food you can only get at the fair.

Not that I enjoy all of them.
Things like deep-fried snicker bar or

What else can you do but to play and have fun all day?
Life is grand, when you're young, no?
Well, it is for Noelle~~ 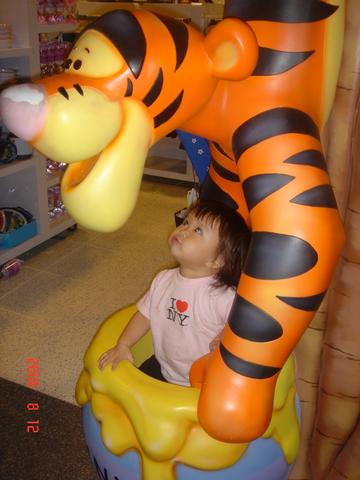 Most parents know kids at Noelle's age does this thing with their playmate
with they side by side, parallel, instead of playing with each other.

▲top
I have been dreading putting Noelle on one of my childhood favorite things to do
-- the Merry-go-rounds. (旋轉木馬)

I was thinking she will either:
1. Cry so much the first time because of the motion and wastes my money or
2. Love it so much and won't get off.
(繼續閱讀...) 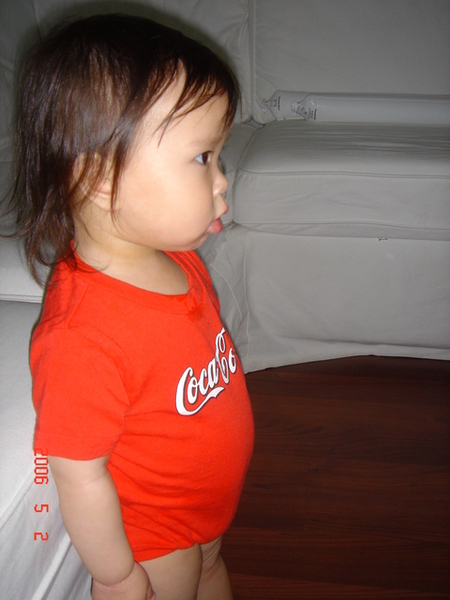 ▲top
Well... I was really embarrassed
when the nurse at Noelle doctor's office asked me
"can she stack up blocks?"

▲top
These kids are natural comedians..

Or maybe I just discover new ways to laugh at Noelle everyday...

▲top
Every night after dinner,
the three stooges, I mean,
Noelle and her dada mama would enjoy some time together
because we spent most of our day apart from each other.

Hi Miss Tata-ko (sounds like taco...)
I did try to get Noelle to call you Aunt Tata,
but all she can manage to say was
"Tata" and "Auntie" separately.
(繼續閱讀...)

Little musician at it again.

I wouldn't say that she's very musically talented
judging by the way she only bounches a bit with the music.
(繼續閱讀...)

▲top
I think the first clip is just hilarious...
and the second one her dada who's refuse to show his face
(but not his voice...yikes)
was dancing and posing for her along with the song
and she was just mimicking him.

▲top
Orange is Noelle's favorite fruit
and I have evidence!

Noelle FINALLY learned how to move the toy car
by herself now.

Sleeping has always been one of the biggest challenges of Noelle's life.
Her daily sleep requirement is at 13.75 hours.
While every baby can sleep more or less,
Noelle does sleep a lot less that even her doctor is concern about it.
(繼續閱讀...) 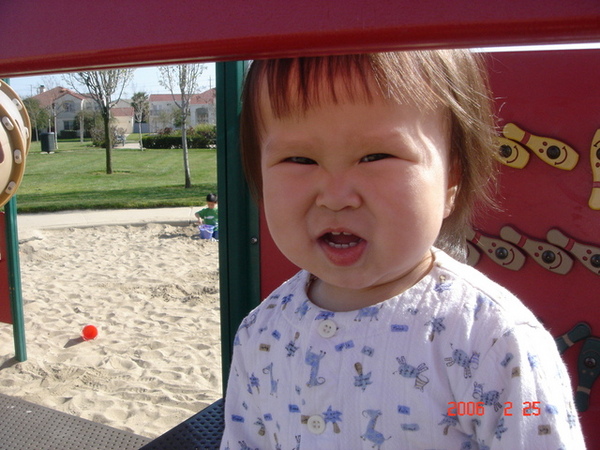 Anyway, so I took Noelle out to the neighborhood park
for the first time today.
We've always enjoyed walking around our neighborhood
(繼續閱讀...)

▲top
Most babies I know loves being upside down.

Noelle is just one of them.
Today her dada did the trick and she fell in love with it.
So Dada does it for about half an hour hahha...